$1 million crop fire at Dowlingville - CFS
Search
In this section

At about 3:30pm this afternoon (Tuesday 30 November) CFS crews were called to grass/crop fire at Cook Road, Dowlingville on the east coast of Yorke Peninsula.

Seven CFS crews and a bulk water carrier, supported by several farm fire units, responded to the call where they found a grass and crop fire. The fire has burned about 40 hectares but is now contained.

A header worth $1 million was lost. However, crews managed to save a significant amount of crop yet to be harvested, which is estimated to be worth hundreds of thousands of dollars. 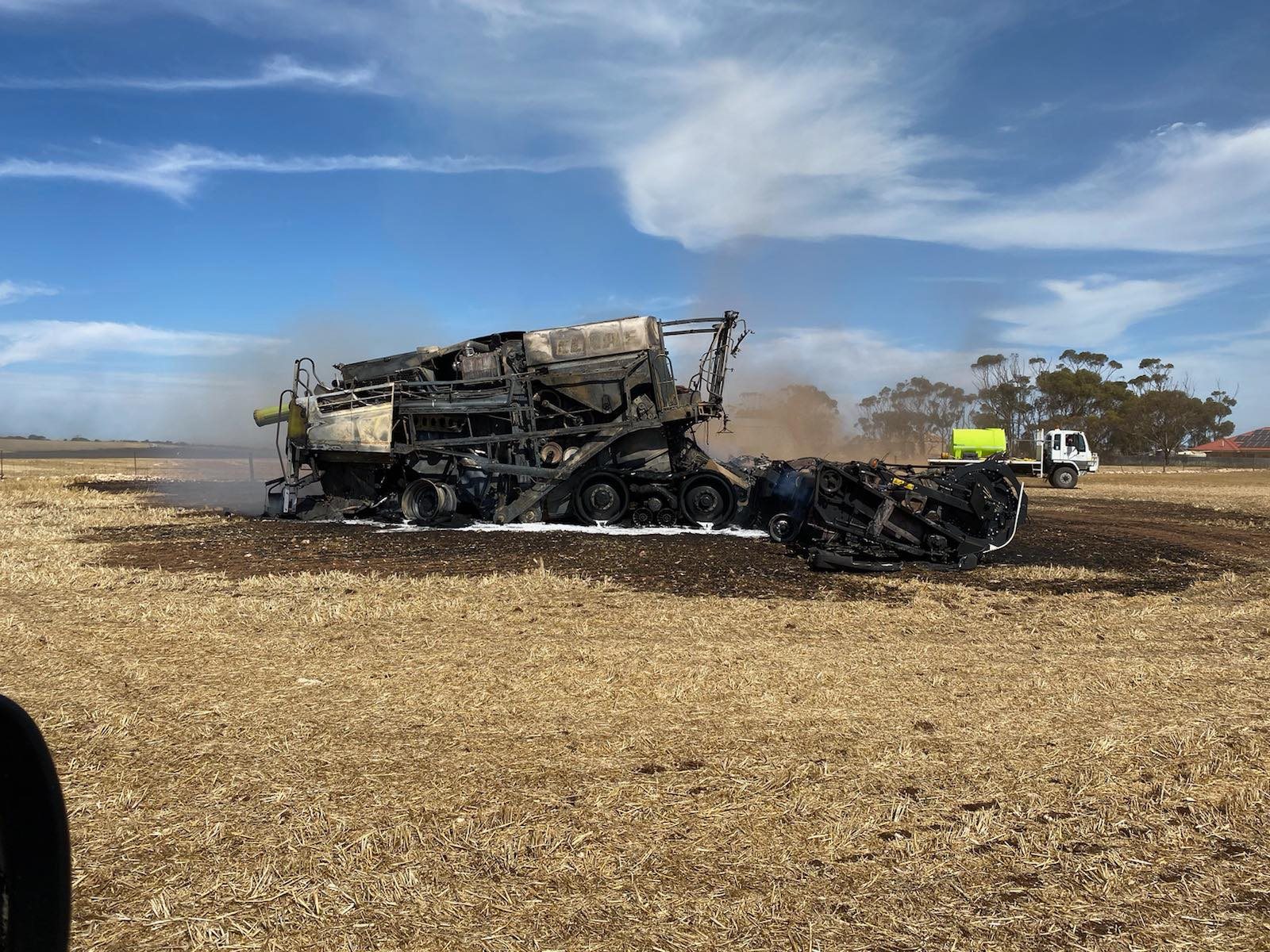