At 3:18am this morning, CFS crews were called to a structure fire on Upper Yorke Road, Kulpara on the northern end of the state’s Yorke Peninsula.

CFS crews from four trucks, along with a bulk water carrier, arrived on scene to find the house fully alight.

Thankfully the sole occupant was able to evacuate, and was checked over by SAAS on scene, however there are no reported injuries. SAPOL are also on scene assisting CFS crews.

Damages are estimated at over $200,000, with both the house and an adjoining car destroyed. The cause is unknown, and Fire Cause Investigators will attend later this morning. 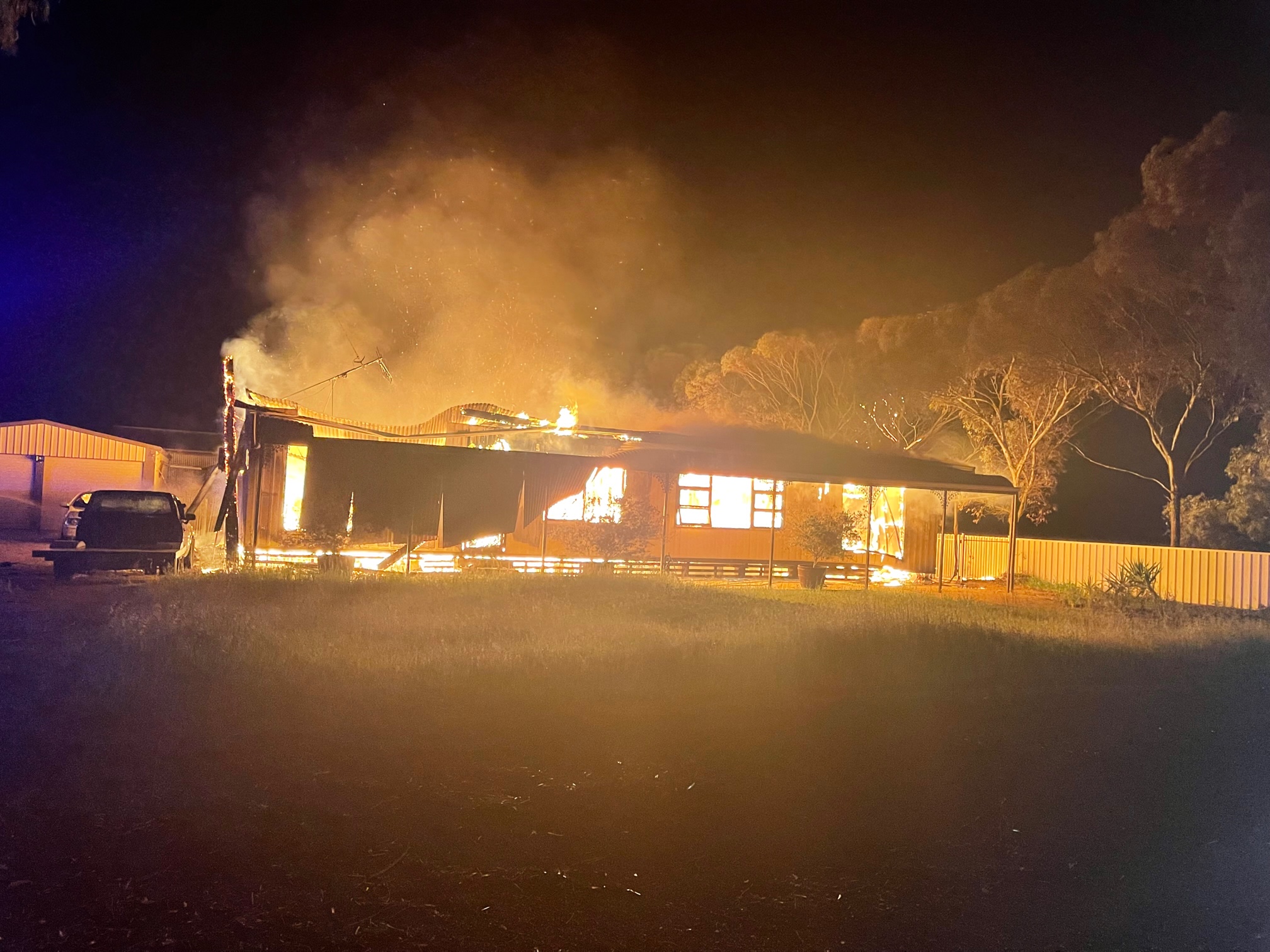