Empowering young people to prepare, respond to, and recover from bushfire is an important part of ensuring the entire South Australian community is best prepared for an emergency.

This year, our Child and Youth Project Officer Belinda Dunbar worked with year 6/7 students at Stirling East Primary School, to increase their knowledge around bushfire.

What began as a mini project, turned into a yearlong investigation by the students. Topics covered ranged from what happens to bees in a bushfire, whether sheltering in a pool is safe during a bushfire, to the effects of smoke taint on vineyards.

The CFS was proud to have been invited back to hear more about what the students had learnt. 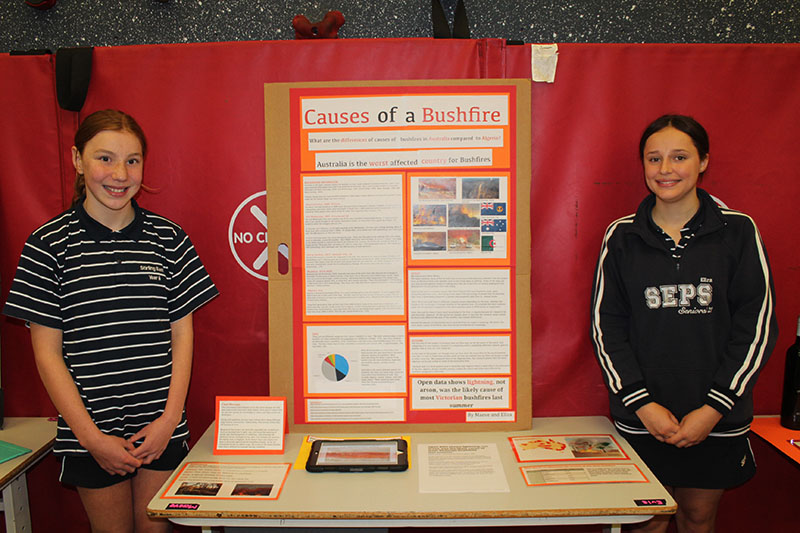 Students Eliza and Maeve compared bushfires in Australia to those in Algeria and found there was an interesting comparison between the two. They said the high population of Algeria and lack of resources made the ability for Algerian firefighters to control and extinguish bushfires there, more difficult than in Australia.

“Australia’s bushfires are much worse compared with Algeria’s but it’s easier to be effected in Algeria because they’re not as advanced,” Eliza said.

“Climate differences with Algeria - they’re the same temperature but Algeria is more humid.”

Eliza and Maeve both experienced the affect of Australian bushfires in the 2019/20 season, with the Cherry Gardens bushfire affecting their families and friends.

“We went up to the Mount Lofty Summit to have a look and that’s when we hear that it had got into Bridgewater, so we literally went home, packed up our stuff and were about to leave,” Maeve said.

Maeve said she had enough time to pack the most important and irreplaceable items she owned and helped her family prepare their pets.

“I had some money, all my medals and all that, all my earrings and passport and all the essentials,” Maeve said.

“I took my iPad and I also had to take my violin. We did have a rabbit back then and we had a cage for him.”

“Maybe get a bit more prepared and evacuate sooner because when I went to sleep that night, I was so worried, so I probably would evacuate because that would be the smartest thing to do,” she said. 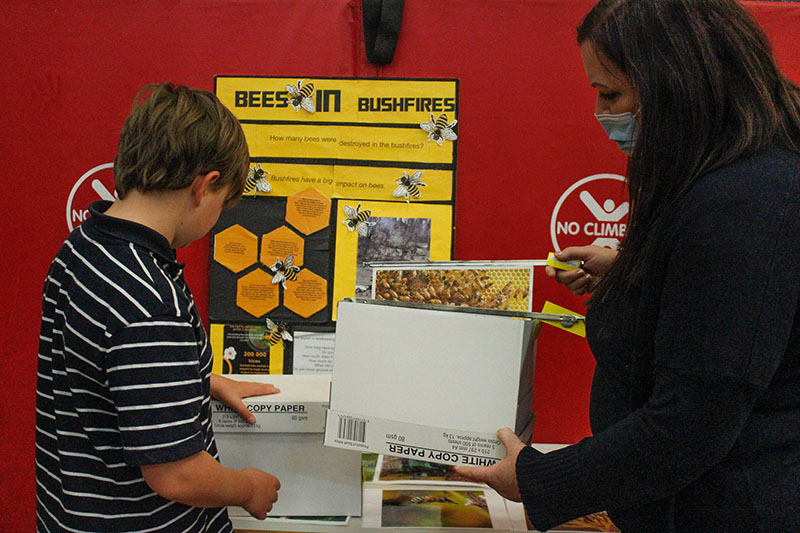 The projects were presented as informative posters, three-dimensional models, and videos. Thomas created his own beehive to help explain and educate others on how the hive and bees are affected during a bushfire.

“I created a 3D box of the beekeepers and what it looks like, and I put these plates in there to show where the bees put the honey and where the queen puts her eggs,” Thomas said.

Thomas researched ways he can educate the wider Adelaide Hills and South Australian community and said there are simple things that people can do to help South Australia’s bee populations.

“You can start by opening the hatch quickly and letting them roam free and maybe plant more flowers and get them to breed and re-grow the population.” 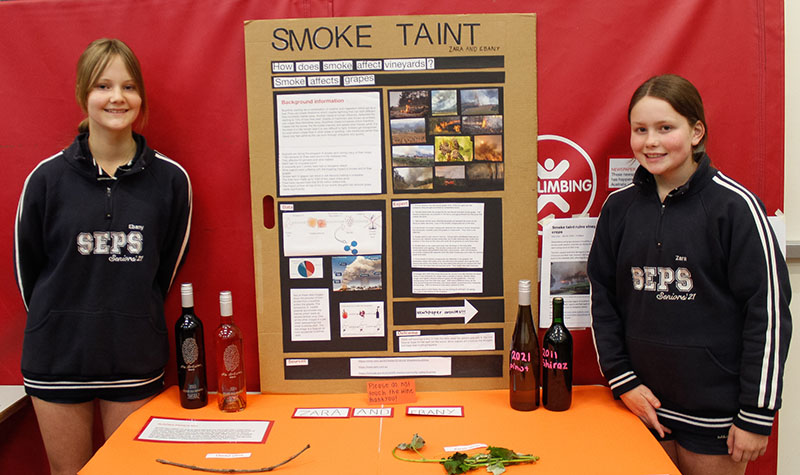 Students Zara and Ebany focused on the affect smoke from a bushfire can have on vineyards. The pair were interested to find out that even if a vineyard is saved, the smoke from the fire can have devastating affects on viticulturalists.

“Yeah, I think there were a couple of vineyards [that were affected] in our recent fires and some of them burnt down so it’ll take a long time for them to re-grow,” Zara said.

“Smoke goes into the vine and into the grape and then when you make the wine out of the smokey grapes, it tastes like ash.”

“There’s not really anything viticulturalists can do to prevent this but if there’s not much smoke in the grapes, they can make it without the ashy flavour in the wine.”

Thanks for sharing all your learning Year 6/7s!